Students need to convert between Celsius and Fahrenheit when they transition between metric units (i.e. degrees Celsius, often abbreviated ºC) and imperial units (i.e. degrees Fahrenheit, often abbreviated ºF). In the United States, the metric—or International—System of units (think centimeters, meters, kilograms, milliliters, etc.) is most often encountered in science and engineering contexts. By contrast, imperial units (like inches, feet, pounds, gallons) are the standard units of measure in most day-to-day situations in the U.S.

The United States’ general preference for imperial units is unusual. Only four other countries (Belize, the Cayman Islands, Palau, and the Bahamas) employ imperial units (including degrees Fahrenheit) as their preferred system of measurement. And Imperial units are almost never used in science and engineering, regardless of location.

The History of Celsius and Fahrenheit

The Celsius scale, originally called the centigrade scale, was developed in 1742 by the Swedish astronomer Anders Celsius. Celsius designed his scale so that exactly 100º separates the freezing and boiling points of water at sea level. Though it has been repeatedly tweaked over the centuries, as the Celsius scale is presently constituted, water freezes at 0° and boils at 100°. The scale was popularized when, in 1799, as part of its revolutionary project, the French government adopted the metric system—and the Celsius temperature scale along with it. 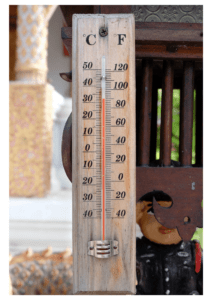 As the figure of a thermometer above demonstrates, in Celsius, 100º separates the two points; whereas, in Fahrenheit, 180º does so. Using these two values, we can now create a proportion of degrees Fahrenheit to degrees Celsius, getting 180/100, which reduces to 9/5. In other words, a 9º change in Fahrenheit is equal to a 5º change in Celsius. But, it’s important to remember that the two scales define 0 differently. Because 0º in Celsius (the freezing point of water) is 32º Fahrenheit warmer than 0º in Fahrenheit, to convert a temperature to Fahrenheit requires that we give the temperature a 32º boost (or, in algebraic terms, add 32). In the end, the formula for converting Celsius to Fahrenheit is:

How to Convert Celsius to Fahrenheit?

To convert Celsius to Fahrenheit, we take the formula above and solve it for ºF in terms of ºC, which gives us:

But Formulas can be pretty abstract. It’s, therefore sometimes useful to know how certain notable temperatures, such as body temperature and the freezing and boiling points of water, appear in both scales. You can find some common temperature conversions in the chart below:

We can use the steps below to convert Celsius to Fahrenheit:

Step 2: Take the given temperature and multiply it by 9.

Step 4: Increase that number by 32. The needed temperature in degrees Fahrenheit (°F) will be the desired result.

As we know that

For more information about the SAT read these posts:

ACT or SAT: Which Test do Elite Universities Prefer?

What Does Test-Optional Really Mean?

And remember, if you need tutoring on this or any other math concept, we are here to help. HelloCollege offers expert tutoring in every subject for every grade level, to students just like you. Reach out today to learn how we can help make your life easier! 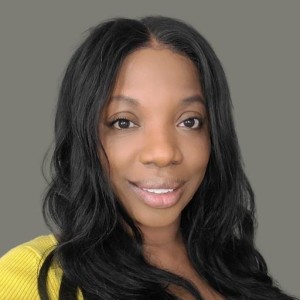